Today we hear from Annette Gross of PFLAG Indianapolis, on the great news out of her homestate about marriage equality!


Yesterday I was witness to what I can only describe as a miracle.  At noon, my fellow PFLAGer Jan Nichols called me to share the fantastic news that Judge Rogers overturned Indiana’s ban on same-sex marriage.  Shaking and crying, I drove down to the Marion County City-County Building with some friends to witness history. 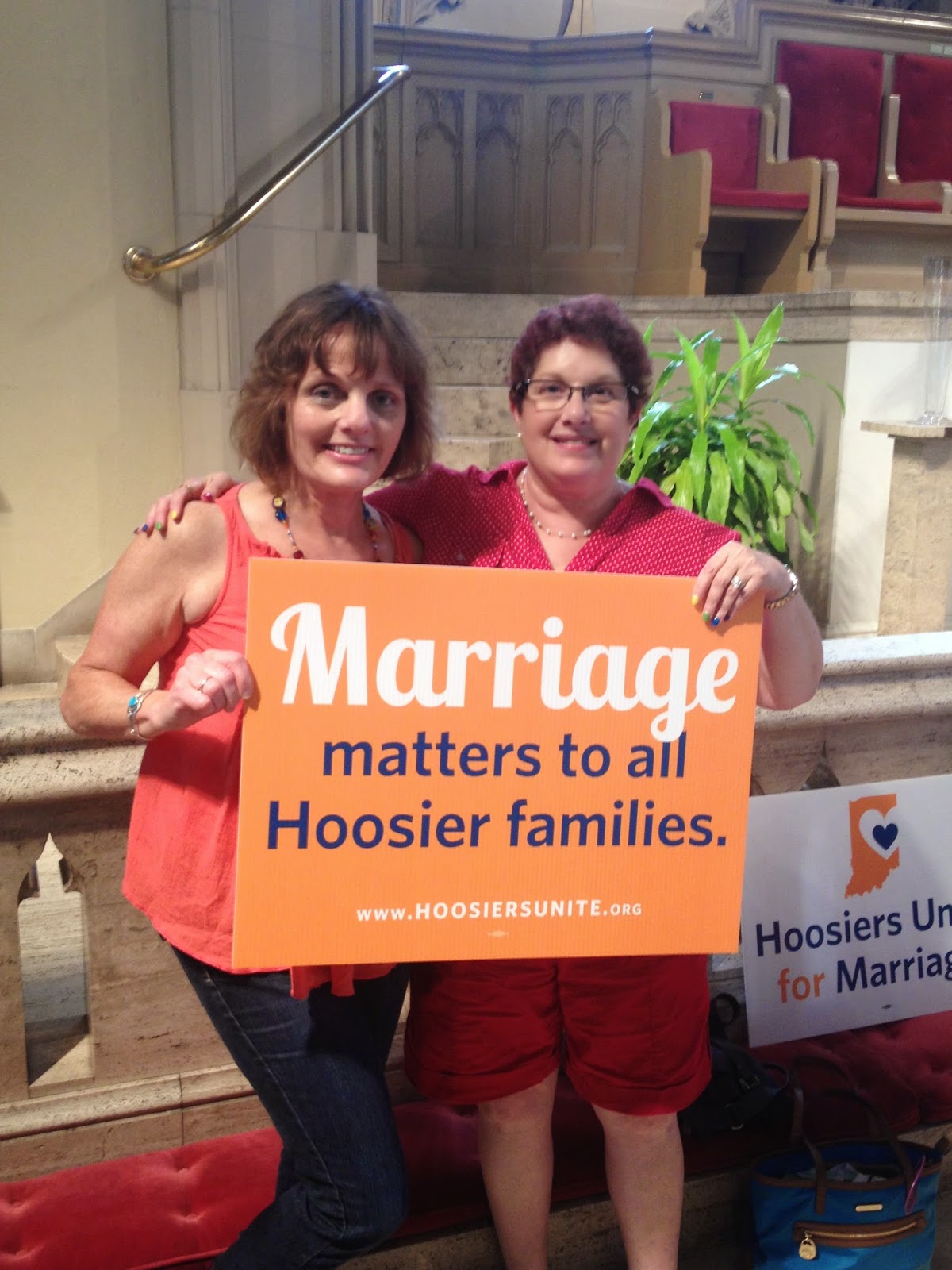 Upon arrival, I saw a line snaking out of the Clerk’s office all the way down the hall.  Hundreds of couples - some with children, some in wheelchairs, some dressed in suits and ties, some holding bouquets of flowers – were standing patiently on line, waiting to get married.

Inside the Clerk’s office, I met many of my friends.  As soon as one (or more) couples got married and emerged from “the chapel,” a huge cheer went up from the crowd.  Everyone was a friend today! 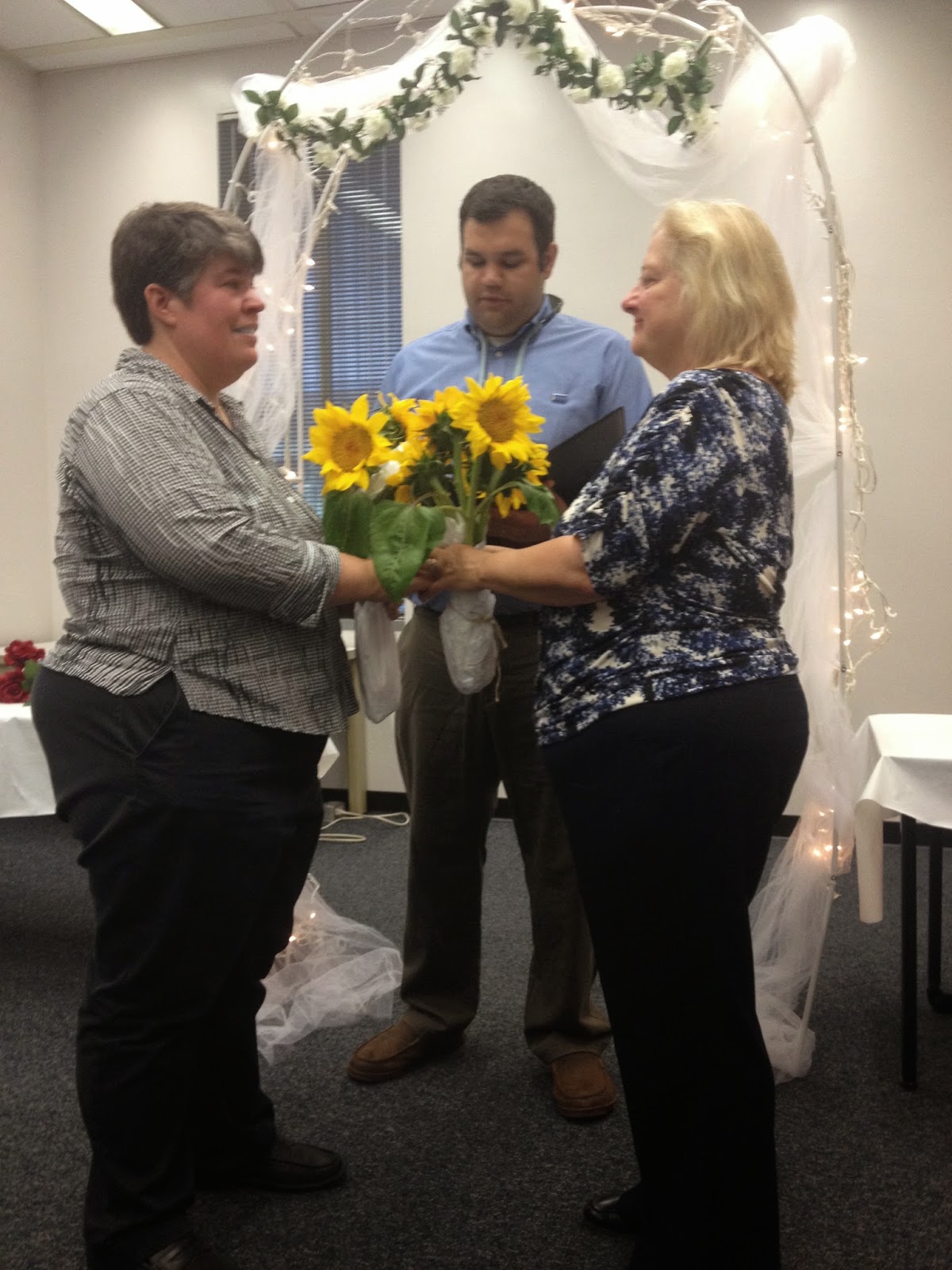 In the hall, a man and a woman were cutting pieces of wedding cake they had brought over. Another woman was handing out flowers to each waiting couple.  There were a few heterosexual couples waiting to get married, and some of them were clearly unnerved by this turn of events.  But they were in the minority and nothing could stop the love and joy that permeated the air.

Beth White, who is the Marion County Clerk, and her assistants, did a fabulous job of keeping the wheels turning.  Beth performed many of the weddings, but so did some clergy and other folks who were able to perform marriages.  Everyone wanted to help. 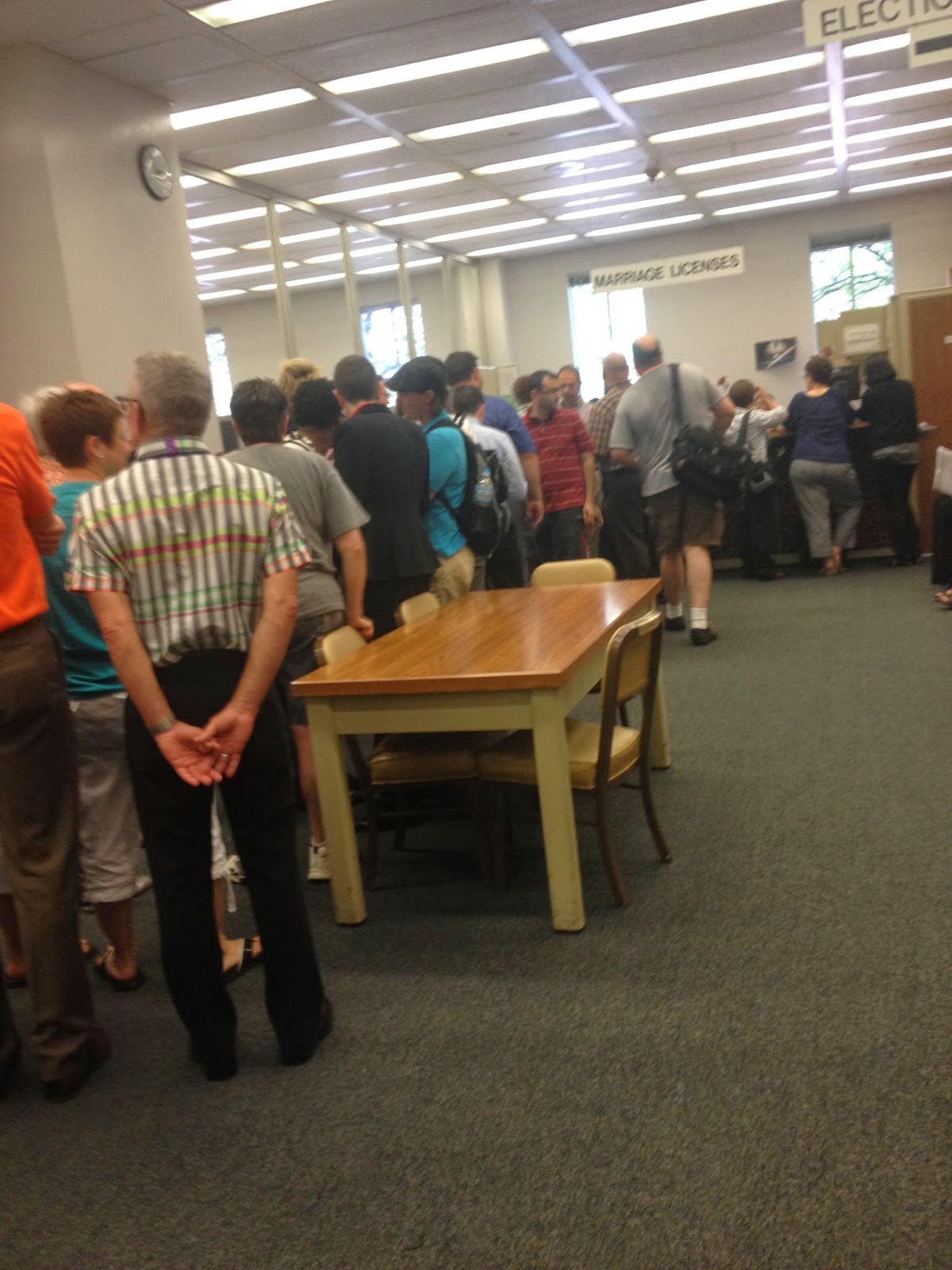 At the end of the afternoon, I headed over to Broadway United Methodist Church for a celebration sponsored by Hoosiers United for Freedom.  The attorneys and plaintiffs in the lawsuit were there, as were hundreds of others who worked so hard to bring this day to fruition.  Quite a few PFLAG members were in attendance, some of whom I hadn’t seen in a long time, and we all hugged in united joy.

I was engaged for 2 1/2 years. To me, that was an eternity. My fiance was in college in Ohio, and we had to wait until he graduated to get married. But I cannot imagine what it must be like to have to wait years - in some cases 20 years or more - to get married to the person you love.  The couples lining the hall were polite, pretty quiet, and really not whooping and hollering – maybe they, like many of us, could not quite believe that this day had really come. 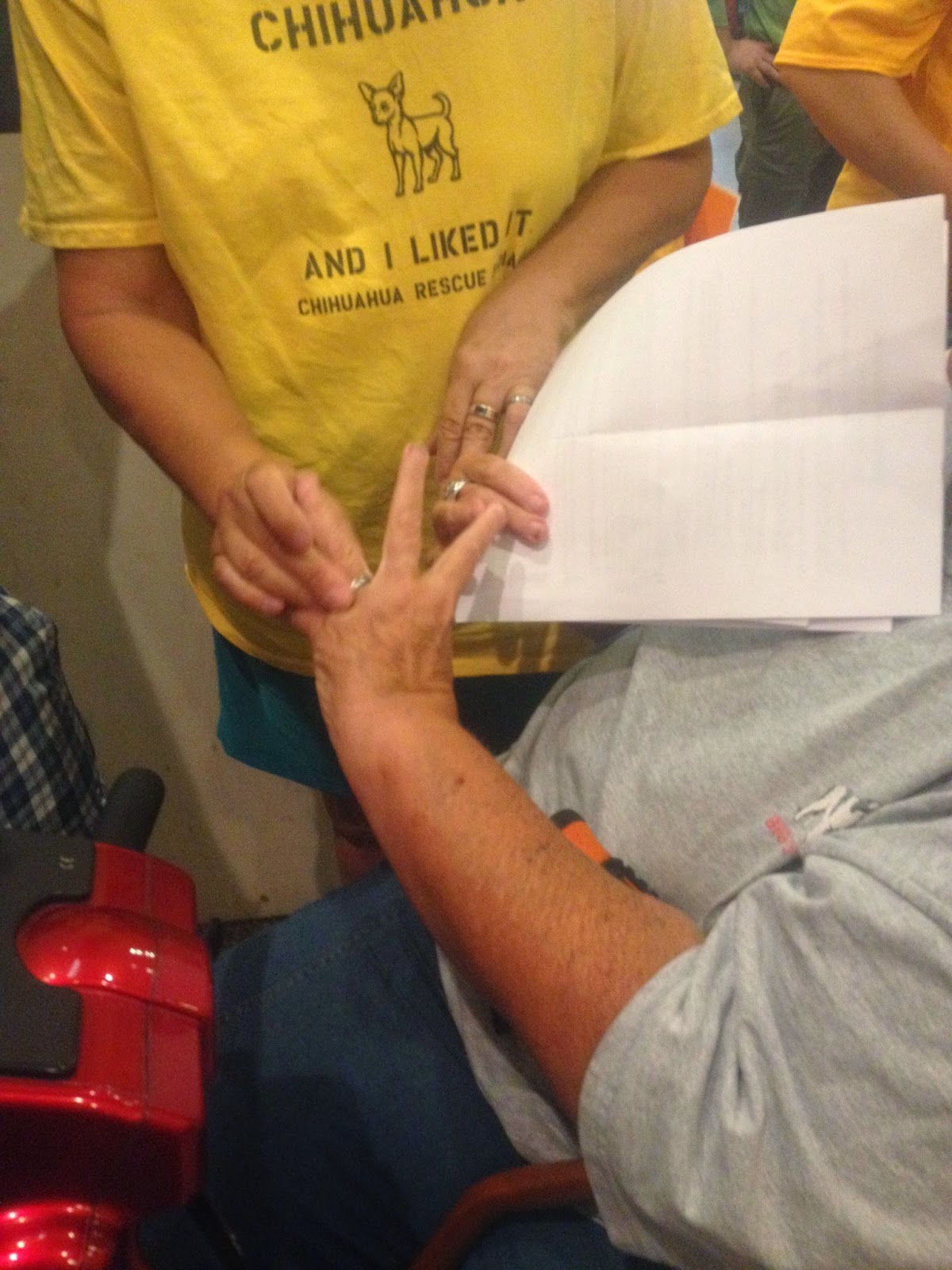 I do know, however, that yesterday history was made in Indiana.  When I woke up this morning, I cleared the fuzz from my head and remembered that yes, my same-sex friends CAN get married now.  I found a big smile forming on my face.  When I went onto Facebook and saw that more friends got married early this morning, I had tears running down my cheeks.  In a little while I’m going back downtown to help out at the Clerk’s office.

I am proud of the role all of the Indiana PFLAG chapters played in this victory.  There are members who came before us who paved the way, and for them I am so very thankful.  PFLAG National also gave us so much support, and I thank them too.  I am so happy that the parents’ voices were heard.

Even though we have won this battle, there are more to come.  But for now we will enjoy what is in front of us.  And to my heterosexual friends - please don't take the fact that you can get married so easily for granted. You are lucky that there are almost no barriers to you being able to walk into a clerk's office for a marriage license. Heterosexual privilege still exists until we tip the scales towards Full Equality.

By
Blog
Focus on the Field Chapter Marriage